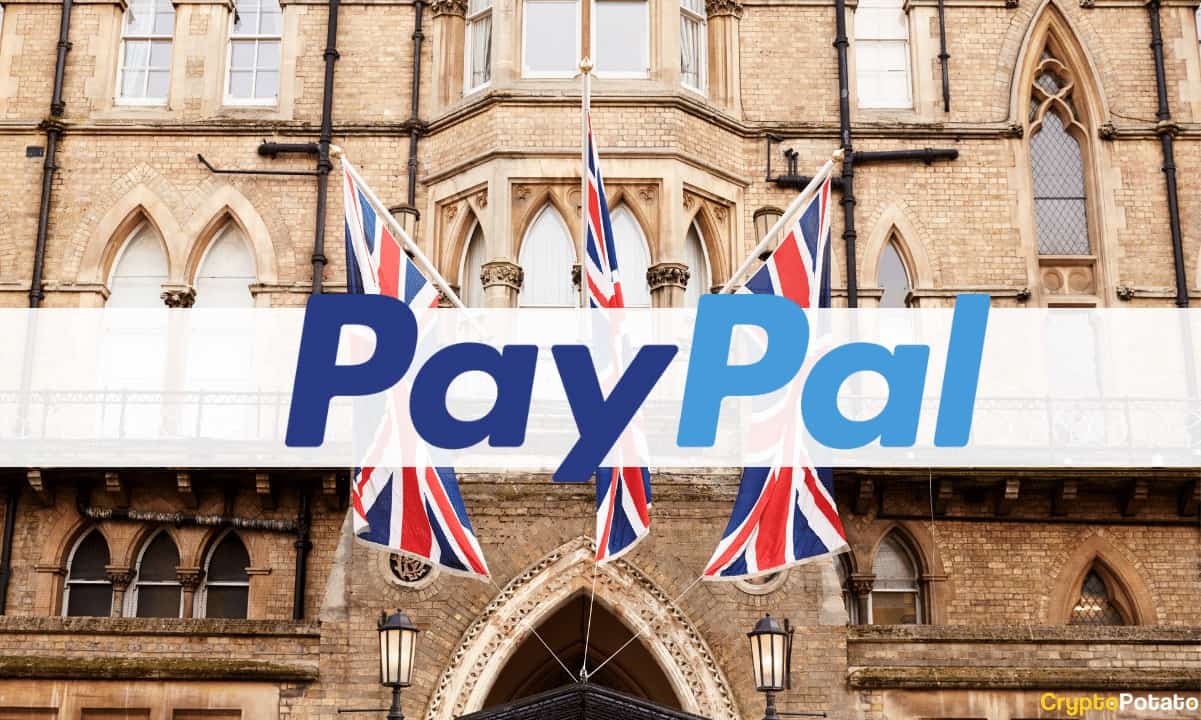 Global payments giant PayPal disclosed on Friday that its customers in the United Kingdom can now buy, sell, and hold multiple cryptocurrencies, including bitcoin and ether, directly from their accounts.

“We are delighted to share that all eligible customers in the UK can now buy, hold, and sell #Cryptocurrencies #Bitcoin, #Ethereum, #BitcoinCash & #Litecoin from their PayPal accounts. Look out for it in the PayPal app,” the announcement reads.

Like the U.S. version of its digital asset products, PayPal said it will continue to use New York-licensed crypto company Paxos to facilitate the buying, selling, and holding of the supported assets.

The company’s U.K. customers can buy or sell the aforementioned cryptocurrencies for as low as £1, the company said in a statement last month when it first announced its intentions to expand to Great Britain.

With the offering fully live in the U.K., the region has become the first international expansion of the firm’s cryptocurrency products, which initially launched in the United States in October last year.

Since PayPal flagged off its cryptocurrency services, the company has recorded significant engagement on its platform and has also seen a major increase in revenue.

In March this year, the company introduced a Crypto Checkout Service to enable its customers to pay for goods and services using digital currencies across its 29 million online merchants globally.

The massive success of PayPal’s crypto initiative in the United States has given the company the assurance that its offerings will succeed in the U.K.

“It has been doing really well in the U.S., We expect it’s going to do well in the U.K.,” Jose Fernandez da Ponte, PayPal’s general manager for blockchain, crypto and digital currencies,told CNBC in an interview last month.

Despite the success of its crypto offerings, the company is still working round the clock to ensure its clients have a friendly experience using the service.

PayPal plans to launch a Super App Wallet for digital assets in the U.S. The firm is also putting together a cryptocurrency team n Ireland that will focus on different roles such as anti-money laundering (AML), regulatory compliance, and business development.